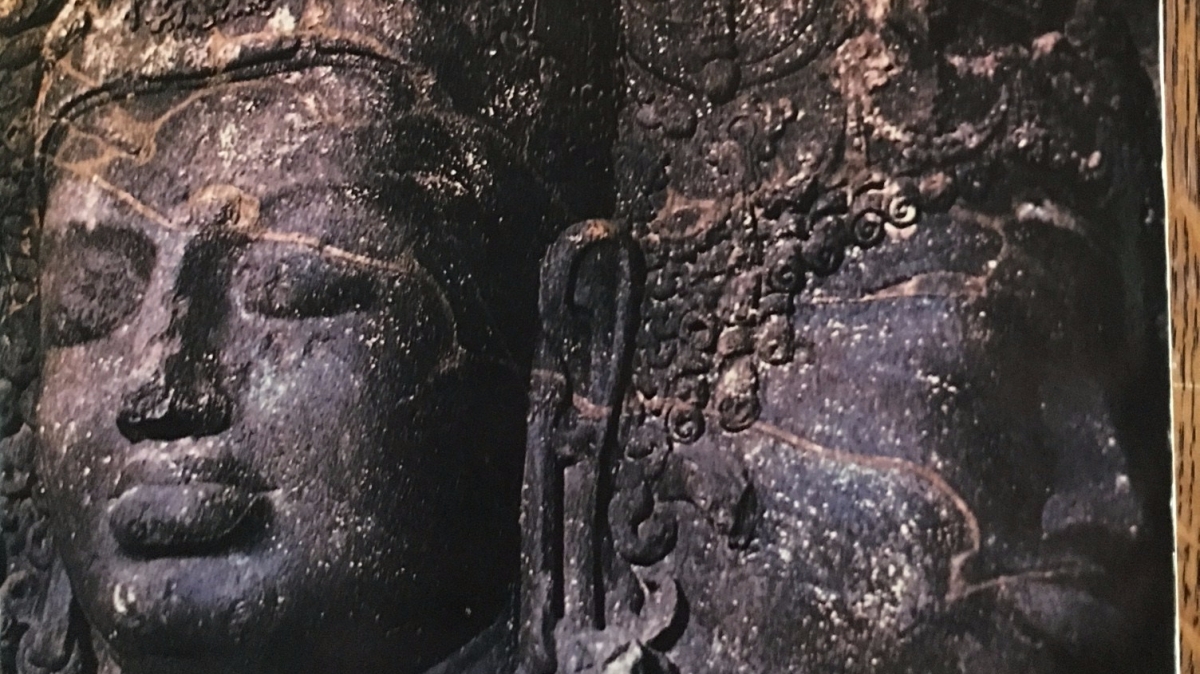 This is an intimidating tome, but JC’s preface made me feel right at home. You know you’re in good hands when even the preface is a pleasure to read. I love how he puts the Mrs, Miss and Mr titles in front of the names of the people he’s thanking–so old-fashioned, well-mannered, civilized. Joseph Campbell was the definitive gentleman scholar.

Joseph Campbell died in 1987, just before I discovered him (like so many others I discovered him in 1988 when reruns of The Power of Myth with Bill Moyers aired on PBS). It was perfect timing for me–just out of college, reading Tom Robbins and Terence McKenna and Jack Kerouac (again) and moving to San Francisco’s Haight Ashbury neighborhood to write about wine, delicious wine. I read a lot of Campbell then, and will report on those books in this blog, but I picked up this book, The Mythic Image, at a second-hand book shop in June this year.

In the preface, Campbell calmed me down by writing that the book is primarily about mythic images in art, and the text is secondary and supportive (but still dense and in tiny print!). As I studied the images and text I got excited because I have a trip to NYC coming up and will be able to apply and deepen this knowledge at the Met. I always breeze past the Asian art rooms, but this time I will stop and try to tease out which gods are which, based on what they are holding, their animal associates and whether they are sitting on a snake’s coils or a lotus or what have you.

I love spending time in the Egyptian part of the Met, but now I will recognize a lot more of what I am looking at–Horus, Isis, Osiris, Nut, or the crocodile Sebek. What a joy it is to read something and shortly after be able to observe or apply the information to life.

The chapters are based on the archetypes that are present in many mythologies and Campbell gives them strong, poetic names: The World as a Dream; The Idea of a Cosmic Order; The Lotus and the Rose; Transformation of Inner Light; The Sacrifice; and finally, The Waking. The art that accompanies the text includes works by Michelangelo, William Blake, Edward Burne-Jones and of course, many ancient Buddhist, Hindu, Egyptian and other carvings, sculptures, temples, cave paintings, etc.

One favorite new thing I learned was that the symbol of stability in Egyptian myth is the Djed pillar, a pillar shape with lines crossing the top (in some drawings the horns of a cow and ram hold up the sun disk at the top of the pillar). when Osiris’ brother Seth trapped him in a coffin and put him in the river, an erica-tree enveloped the coffin where it came to rest and the tree became so exquisitely fragrant that the local king had it cut to make a pillar in his palace. Osiris’s eyes gaze out from the pillar, symbolizing eternal life.

I also learned that those two weird sticks that images of pharoahs hold in their hands are a flagellum and crook. They are symbols of  “pharoaonic rule.”

When Seth is conquered, he is depicted with the head of an ass. Literature connection 1500+ years later–the character of Bottom in Shakespeare.

As an asthmatic, I am always interested in things to do with air and breath. I’m an air sign–Aquarius. I was very interested to learn that the god of air in Egypt was Hapy, a baboon. When pharoahs were embalmed in their tombs, their lungs were put in a jar with a baboon’s head carved or otherwise represented on the lid.

It’s always a trip to learn which figures and concepts Christianity adopted from other mythologies, but I never thought of the ass and the ox in the nativity scene as representing Seth and Osiris, the two feuding brothers, now reconciled by the “wonder child.” The very birth date given to Christ was the birth date first of the Persian savior and original lord of light, Mithra, born on the solstice (then December 25, now Dec 21).

Continuing the connection between Joseph Campbell and Tom Robbins: the virgin birth and the wonder child. In the Hellenic adaptation of the Isis goddess, the goddess Kore, a virgin, gives birth to a Pan-like god, Aion, who has cloven hooves, wings, is wrapped in a serpent, carries a bolt of lightening and a messenger stick. He’s got it all! The meditation JC gives with the illustration is: “May I come by this god to the knowledge of my own radiant truth enclosed in the coils of my mortal life.” Wow!

I don’t know who Meister Eckhart is (JC gives his dates as 1260? – 1327?) but I like what he has to say. “When the Father begat all creatures he was begatting me; I flowed out with all creatures while remaining within the Father.” And he also says, “In my birth all things were born and I was the cause of my own self and all things…if I had not been, then God had not been either.” Good Selfish Book Club stuff there!!!

Tidbit: the rounded diamond shape is called a “mandorla” and represents the female genitals. It is shown in the Erich Neumann painting The Triumph of Venus, painted in the 14th century in Italy, which hangs in the Louvre.

Literate and Nonliterate mythologies, their similarities: As is said in Alcoholics Anonymous to help new alcoholics learn to fit in and not judge others, “look for the similarities and not the differences.” If only world religions would do the same! First Campbell looks at the World Mountain–temples and pyramids were built to mimic this view of the world as a mountain arising from the sea to the sky.

I get excited by this stuff because I love to travel in Mexico, especially to the sacred sites, and have personally climbed a few pyramids/ziggurats. I wish I could include all of the info Campbell gives here, but her’s one interesting bit: ti means of and ku means god, so tiku at the end of a word means “of God”. August 1, 2017, just got past the first 100 pages. Onward!