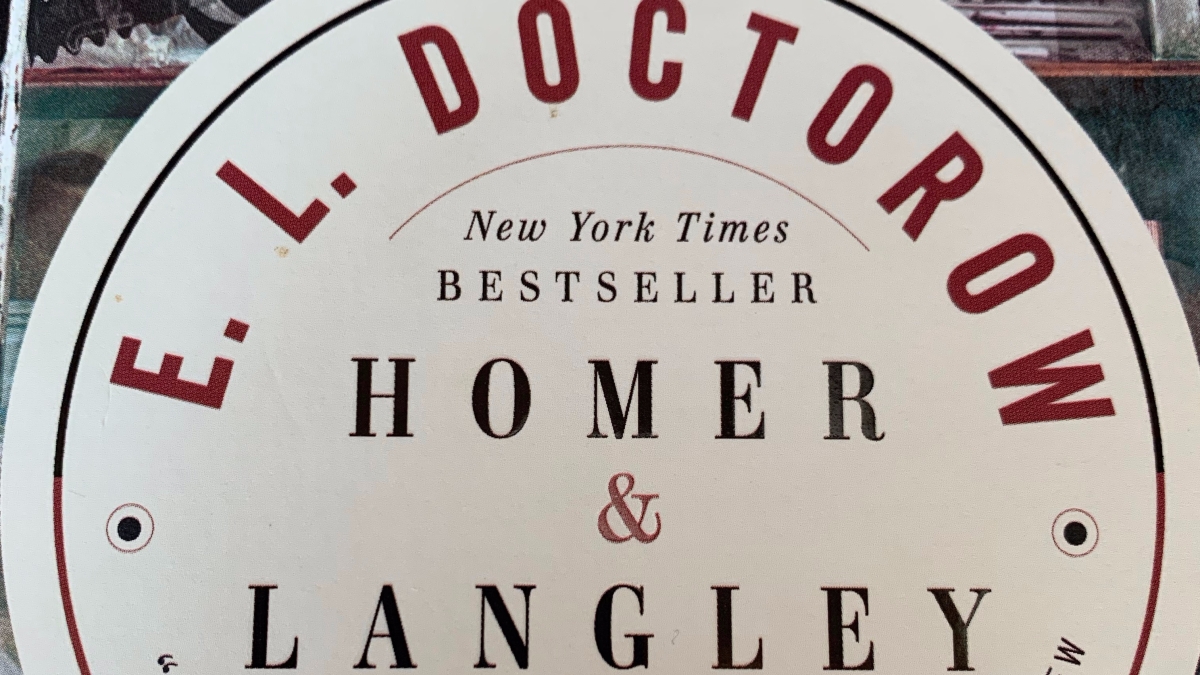 When I first began my career as a personal organizer I worked with a few hoarders. A hoarder is defined as someone who accumulate so much stuff that their life is unmanageable and several rooms in the house are unable to be used for their intended purpose. I stopped working with hoarders when I realized that the disorder is much more of mental illness than disorganization and, even with therapy, is very difficult to “cure.” But people are fasciated by it and it is usually the first thing someone asks me about when they find out what I do. E.L. Doctorow’s novel Homer & Langley is based on the lives of two men who are sort of the original American hoarders, Homer & Langley Collyer.

Homer and Langley Collyer, the Collyer brothers of New York, are the most famous hoarders since Tutankhamen. Their dead bodies were discovered in their Fifth Avenue and 128th Street mansion in 1947 when an anonymous caller reported the smell. Over 140 tons of Stuff was removed from the mansion, which was in such disrepair and was such a fire hazard that it had to be razed.

Doctorow takes great liberties with the facts, so this is definitely a historical fantasy novel. He extends the brothers’ lifespan into the 1970s so that they get to interact with the events of the 50s, 60s (moon landing, assassinations, Vietnam war) and 70s (hippies). For some reason he also changes the brothers’ birth order, making Langley the elder and Homer the younger brother who is blind and eventually becomes deaf. He also makes Langley a war veteran whose exposure to mustard gas is used as a possible explanation for his eccentricity and paranoia.

Homer, the blind brother, is written as a Franz Liszt or Percy Bysshe Shelley character; a romantic writer/musician and intuitive soul who has decent luck with the ladies despite his odd circumstances and blindness. Langley is more of a Doc Brown (Back to the Future) mad scientist type, constantly trying to beat the system with ill-fated inventions like making a generator out of a Model-T engine.

In classic hoarder fashion, Langley collects newspapers and hosts an abundance of cats. For some people newspapers are difficult to part with, especially if unread, as they contain so much useful information that their value seems much higher than it is, to the point that stacks of newspapers impede the person’s life.

I had one very wealthy and otherwise completely normal client whose master bedroom had stacks of newspapers against the walls and on three sides of an arm chair. She felt certain that there were marriage notices or obituaries of people she knew, recipes she might want to try and gardening tips she needed but she didn’t have the time to keep up with the daily deliveries and so stacked them until she could read them and clip out the information.

Langley had a certifiably crazy idea that he would create the ultimate newspaper based on what had already happened in the world. The newspaper stacks became walls and the Collyer mansion became a rat-infested warren (despite the many feral cats they’d collected).

Homer & Langley is a short book and entertaining all the way through. Once of my favorite bits is how the two exocentric brothers fit in to the various decades. During the 1960s or early 1970s when they meet a group of amiable hippies, their strange garb of army fatigues, moth-eaten sweaters and long hair signal to their new friends they are like minded, anti-establishment individuals.

I didn’t come away with any real “lessons” or insights from Homer & Langley. If anything, I think the city should have gotten involved much earlier in cleaning out the home and getting the brothers’ some proper health care. I didn’t find it very interesting or romantic that the Fifth Avenue mansion was full of bizarre junk and that they were hosts to Depression-era tea dances or vegetarian nomads.

The brothers were 61 and 65 when they died, so they had decent lifespans for the time despite their unhealthy lifestyles. If it hadn’t been for Langley’s accident–he tripped one of his own booby-traps and was crushed by part of his hoard–he probably would have lived many more years. Homer died of starvation, being walled in by junk and without his brother to bring him food and water. They died within a few days and about eight feet from each other.