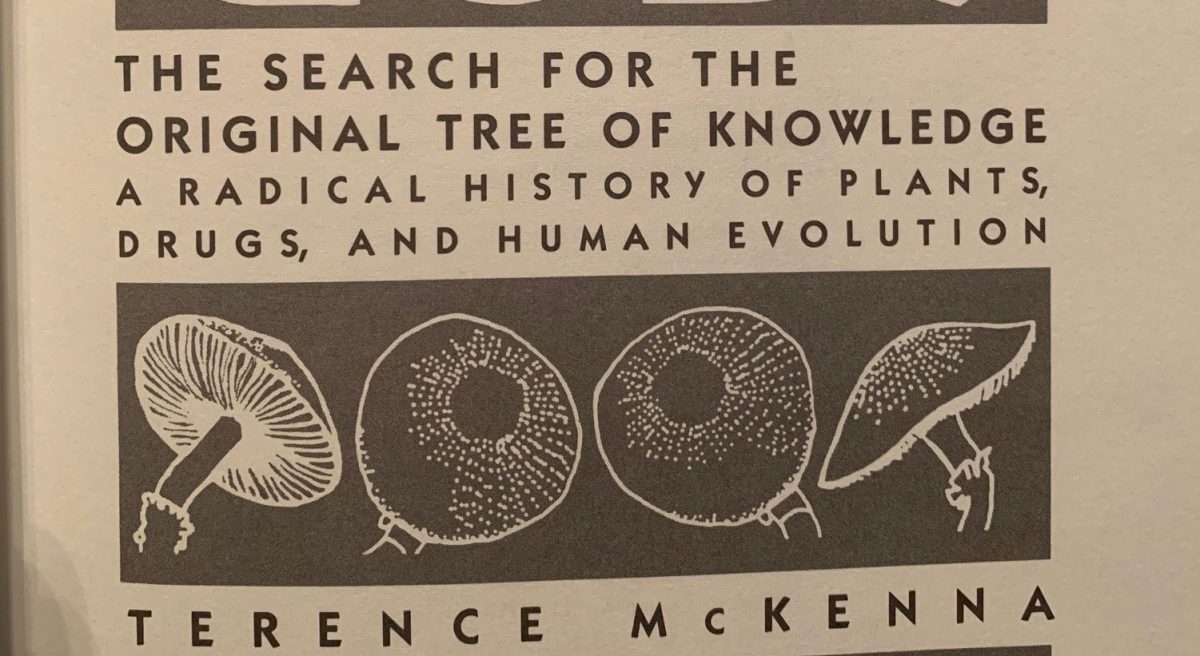 I grew up in a windy town on California’s Central Coast that often smelled of broccoli. Later the town became famous for strawberries, and even later for Pinot Noir and Chardonnay wine grapes, all fragrant and lovely. But when I was young the dark, slightly sulpherous stench of raw broccoli hitched  on the Pacific breeze from the west like a hobo soul escaped from a corner of hell reserved for flatulent failed farmers.

I was a bookish kid, but did enjoy alcohol in high school. I was never offered an illegal drug until after graduation, and my equally studious and poetic boyfriend and I explored marijuana and magic mushrooms like art students or amateur anthropologists. We sampled mind altering plant materials infrequently and with great attention, always a pen and pad of paper handy for incoming inspiration.

In my 20s I took psilocybin cubensis three or four times, and noticed that for the most part, what the trip really offered was a friendly inclusiveness toward all beings, a particular affection for plant life, and participation in the elasticity of time. An hour was brief, a minute was long, an evening stretched well past the post-prandial nature walk into moonlit wanderings and reveries. Twice, oddly, I ended up on merry-go-rounds on children’s play grounds, once in my home town and once in San Francisco.

When I moved to San Francisco, I consistently meandered toward North Beach and the Haight Ashbury. There was still an echo of the Dead and the Beats that excited me. I was lucky to hear lectures by Peter Matthiessen, Terence McKenna and other authors. I heard Allen Ginsberg recite poetry and play music. I went to Ravi Shankar and Rickie Havens and Neil Young shows and walked around the city at night, feeling curious and very alive.

Terence McKenna’s book Food of the Gods explained in a readable, engaging way why I, a person who studied English, was so drawn to “magic” mushrooms. Mushrooms and other plant derived hallucinogens are closely related, he theorizes, to the development of language and therefore the size of the human brain, which tripled once cattle were domesticated. And what grows best in cattle dung? Psilocybin cubensis.

Reading the book again as an alcoholic who is celebrating her 13th year sober in a few days, the section on addiction and obsession was more interesting than ever. For me the obsession to drink alcohol has been lifted 99.9%, but the desire to alter my consciousness has not. This year my partner of 22 years, moved out, and the uncertainty of what my life will look like now sent me running back to weekly AA meetings and seeking the support of a new sponsor.

I have never lumped psychoactive plants with alcohol (as something I needed to avoid in order to be “sober”) and last year did a full-on 3 gram mushroom journey with a guide, but as I consider microdosing, the rage in Silicon Valley and the topic of many podcasts, I wonder–is microdosing just an excuse to get high???

As I’m writing this I’ve taken the tiniest corner of a cap and the slimmest pinch of a stem. At a quarter of a gram, I am feeling the effects of time passing in quick half hours and slow 5 minutes, my palms are sweaty, my stomach is queasy and I’m feeling guilty. But it got me writing; otherwise I’d be sitting here waiting for a lover who is scheduled to arrive at 9, often shows up late, and I’ve had a frighteningly wide-open long evening since 4 this afternoon.

McKenna wonders if the culture’s negative attitudes (around the time of his writing in the early 1990s) toward using mind altering substances discourages and shames a healthy and natural quest of humans to learn more about the nature of existence, to become part of the magical fabric and energy of the universe. Certainly on my intense mushroom journey the feeling was of an education and a profound communication. We need to “get back to the garden” and acknowledge our symbiotic relationship with the planet and all its life forms; plants are a bridge to that unifying memory.

Language, McKenna writes, is not only a communication tool but actually creates reality. In order to bring something into existence, we give it language; we put words around it to shape it and experiment with what form it will take. Affirmations and journaling and talk therapy–we swim in  language and often go unconscious as to the power in our words to create our reality.

McKenna also talks about the fact that mushroom use could have given earlier humans an advantage of greater focus and visual acuity. It is a case of a drug giving greater clarity and sense of reality than possible with the stone cold sober mind. Drugs could offer an adaptive advantage. I certainly feel that way about caffeine.

October 13, 2019 Getting this post up has been something I’ve resisted because the book and topic are so important to me, but because of the divorce proceedings I haven’t been able to focus the way I would like. Caffeine, once my faithful legal drug that never let me down now reminds me of the elusive menopausal orgasm; amazing and life affirming when it happens, but often just an exercise in frustration followed by sleep.

I attended the San Francisco premier of Fantastic Fungi, a movie featuring leading mycologist Paul Stamets. Many of the incredible uses of mushrooms, psychedelic and otherwise, are presented, everything from eradicating termites to saving bee colonies, to curing cancer and dementia, cleaning up oil spills and relieving depression and fear of death in the terminally ill. The Castro Theatre was packed; waiting in line for over an hour with a bunch of shroomers was more fun than the actual movie. Most of the information from the film was already discussed at length in an interview Tim Ferriss did with Paul Stamets for his podcast the Tim Ferriss Show.

I may pick up this book and finish it before my next mushroom journey, scheduled for January 2020, the visionary year approaching. But until then I want to move on to some different literature to support my business further education, my 12 Step work and spiritual growth.